Skip to content
Can Pakistan hold off a second coronavirus wave?

Can Pakistan hold off a second coronavirus wave?

SARS CoV-2 virus, the causative agent of COVID-19 infection spread across the globe during the last nine months, starting from Wuhan city in Hubei province of China. It was downplayed as a local problem and the world did not pay much heed to it, until hundreds of miles away it bypassed all security barriers, immigration laws and instilled unprecedented terror in every nation.

The first cases occurred in October-November 2019 and were labeled as cases of an unknown coronavirus. The earliest symptomatic case was traced back to Dec. 1, 2019. China reported first COVID-19 death on Jan. 11, 2020. Wuhan, a city of 11 million people, was placed under quarantine orders on Jan. 23, but it was too late to contain the virus which silently harbored in thousands of seemingly healthy individuals.

On Jan. 30, the World Health Organization (WHO) declared the outbreak a global public health emergency, after receiving reports of 9,000 COVID-19 cases from 18 countries outside China. The virus continued its journey in the bodies of healthy and sick persons to anchor in every nook and corner of the world. Realizing the potential of its global spread, the WHO on March 11 declared COVID-19 a global pandemic.

Now SARS CoV-2 is reported in almost every country, with 35 million infected and over 1 million deaths. The number of actual infections is several multiples of laboratory confirmed and reported cases.

Mandatory testing and quarantine of people coming from abroad which were implemented during the months of March, April and May was discontinued perhaps due to a false belief of herd immunity. The nation should understand that COVID-19 has not been eradicated, its transmission is slow and the disease has become milder but what we see now is a reversal of lost attributes of the virus and introduction of virulent new viruses from travelers.

The first case from Pakistan was reported on Feb. 26 and followed by a rapid increase in new infections in various parts of the country. On March 20, the first death was reported in Sindh province. The total number of laboratory proven COVID-19 cases in Pakistan is now over 314,000, with more than 6,500 directly attributed to the disease.

A close look at the epidemic curve in Pakistan shows that one-day maximum of 6,825 new infections was reported on June 14. The highest number of deaths — 153 — was reported on June 20. But on Aug. 3, only 331 cases (80 percent reduction) were recorded, while a day earlier only six deaths (96 percent reduction). Since then the epidemic curve has flattened with occasional small surges and troughs. The lowest number of new cases was on Aug. 31 — only 231. On Sept. 6 only two deaths were reported. Such a significant reduction in only six weeks was a great relief.

How did it happen? Recent studies show that gene deletions in the SARS CoV-2 genome in persons with COVID-19 are responsible for attenuated (low) virulence and transmission. These deletions in genetic makeup occur generation after generation. Viruses that infected the first generation of hosts in March 2020 were brought in by infected persons coming from abroad. These viruses were having full genetic composition highly virulent and rapidly transmissible. When they started circulating locally for the first 20-25 generations, up to the month of June, they were able to maintain their original makeup. Virulence and transmissibility reduction became noticeable in the last week of June. At present, our knowledge of the scope for adaptation or the functional significance of existing genetic variants is limited, the virulence reduction can only be explained by gene deletions.

These deletions may be caused by the host virus interactions and are dependent on the host’s innate and acquired immunity coupled with environmental, communal, homeostatic, genetic and other hitherto unknown factors. SARS CoV-2 in human body is challenged by these host factors and resultant fight leads to certain deletions. These viruses with one or more deletions when they enter a new host are again challenged by highly defensive environment and more deletions are occurring resulting in less virulent and less aggressive strains.

Some of the synergies acting against the virus in Pakistan’s population include endemicity of malaria, extensive use of chloroquine and hydroxychloroquine, high BCG vaccination rates for more than five decades, relatively younger population, high prevalence of acute respiratory and gastrointestinal infections, hot and humid weather, sunlight with high UV index, windy weather etc.

One significant factor is frequent ablution and prayer congregations of five times a day and larger congregations on Friday prayers and very high numbers of people going for Hajj, Umrah, etc., where exposure to respiratory viruses is a rule rather than exception resulting in a very active and strong respiratory system immunity.

Complacency resulting from the discontinuation of restrictions has caused an increase in the number of new infections and also increased virulence. The new wave of infection, which we are currently observing, is due to new imported strains of the virus brought into Pakistan amid the absence of measures to prevent importation by travelers.

Mandatory testing and quarantine of people coming from abroad which were implemented during the months of March, April and May was discontinued perhaps due to a false belief of herd immunity. The nation should understand that COVID-19 has not been eradicated, its transmission is slow and the disease has become milder but what we see now is a reversal of lost attributes of the virus and introduction of virulent new viruses from travelers.

All infection prevention and control measures should be continued. The most important of them at this stage should be stringent border controls at all ports of entry. During this phase, the Test, Track, Isolate and Cure COVID-19 control strategy must be implemented with full force. If done properly, Pakistan can eradicate COVID-19, achieve COVID-19-free status and become a COVID-19 safe country.

– Dr. Rafiq Khanani is the president of the Infection Control Society Pakistan and professor of pathology at Liaquat College of Medicine and Dentistry in Karachi.Disclaimer: Views expressed by writers in this section are their own and do not necessarily reflect Arab News’ point-of-view 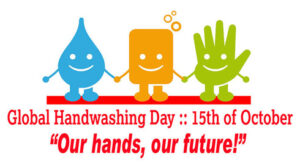